The three ways Love Island can help you understand your customers 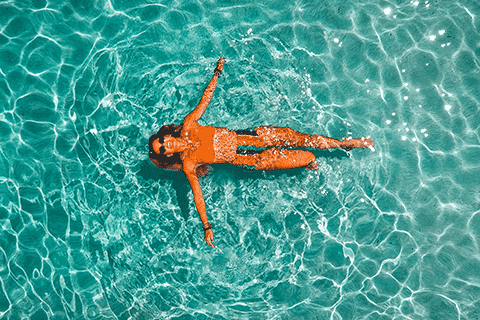 There are many sound business reasons why you may have been watching ITV’s Love Island closely over the last few weeks.

For the Marketers out there, it’s a perfect opportunity to observe how “Millennials” interact with each other. For the Product people, it’s a chance to see a luxury villa in action. Of course, it may be that you’re in Sales and you simply enjoy heavy petting. That’s the beauty of the show. It caters for everyone.

For me, a nightly trip to The Villa has been vital in making sense of some strange consumer spending data popping up over the last few weeks.

For instance, the British Retail Consortium released some vital statistics of the economic variety last week. The headlines showed consumer retail and leisure spending in May 2017 was broadly in line with last year. Look beyond the headline though and there is a seismic shift, with shoppers prioritising the purchase of leisure experiences over physical goods.

Fashion has been hit the hardest, with some of the UK’s biggest high street retailers such as Next and Marks & Spencer reporting very difficult trading conditions. It’s a trend borne out in the Love Island Villa where you can clearly see that no one is spending much on clothes. In fact, judging by the tightness of the denim on the show, the poor male contestants have been prudently managing their purse strings and outgrew their wardrobes years ago.

For a more optimistic example, look at the latest holiday booking data from GfK Ascent for the period up to May 2017. Passenger numbers for the current Summer season are around 5% ahead of this time last year and spending has increased by a whopping 10%. These trends are also consistent with the Government’s Passenger Survey up to the end of April 2017 and confirm that Travel is still capturing more than its fair share of leisure outlay.

Once again, it’s a theme predicted by Love Island, where somewhere around a thousand contestants have been flown out for this year’s show. (Most were sent packing within 24 hours which is a real testament to Mallorca’s flight connectivity.)

There is, however, a dark economic cloud hovering on the horizon of that blue sky. The latest inflation figures show life in the UK is getting about 3% more expensive each year whilst wages are only growing by 2%. With less money coming in, it appears that all the extra holiday spending is going on credit. Great news for short term happiness but it could create havoc down the road.

In fact, consumer debt is now at record levels and the abundance of cheap loans and 0% credit card deals have certainly got the Bank of England spooked. Plans are already underway to regulate irresponsible lending more tightly lest it froth over into another sub-prime debt crisis.

To put it another way, consumers have been enhancing their self-esteem by spending heavily on plastic. Once again, that’s just like the contestants on Love Island.

Written by Martin Alcock for TTG Magazine on 12 July 2017

Finance
Next article
Back to news & insights
Previous article