Brexit: a ferry good reason to check your T&Cs

Many travel companies (including some large ones who really should know better!) will happily copy their T&Cs from an unmodified, off the shelf template or from a competitor in order to save a few quid in legal fees. 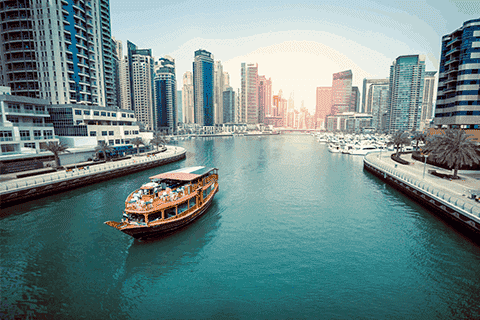 If anyone needs to book a holiday this January, its poor old Chris Grayling.

The Transport Secretary has been no stranger to catastrophe during his time in office but the latest effort plumbed new depths.

Tasked with arranging additional contingency ferry capacity to enable us to import enough food in the event of a no-deal Brexit come March 29th, his department awarded a contract to Seaborne Freight, a firm without any ships. Grayling’s confident insistence that they would nevertheless be fully prepared was somewhat undermined when it was revealed that Seaborne Freight had copied their business Terms and Conditions from a takeaway company.

If you were trying to write the perfect metaphor for our government’s handling of Brexit, you couldn’t do much better than this. It’s another clear example of the lack of any kind of plan. Unless of course, the plan is to ward off a UK famine by ordering a giant Deliveroo from France.

The debacle also highlights a murky practice which we see all too often in the travel sector. The cutting and pasting of T&Cs.

Many travel companies (including some large ones who really should know better!) will happily copy their T&Cs from an unmodified, off the shelf template or from a competitor in order to save a few quid in legal fees.

Needless to say that such thrift is a false economy and can come back to bite with a vengeance. Your T&Cs are your first line of defence against any kind of claim from your customer. They usually need tailoring so that they accurately reflect how your business operates in practice. Heaven forbid you find yourself up in the docks, trying to defend your cancellation policy as industry-standard when your contract actually says “Delivery in 30 minutes or it’s free”.

If that wasn’t a good enough reason, consider that in 2018 an unprecedented number of new regulations came into effect.  We were force-fed an Alphabeti Spaghetti of new acronyms like PTRs, LTAs,  PSD2, and GDPR that were as unappetising and as they were tricky to untangle.

These new rules wrought profound changes to the way many travel businesses operate, affecting how they collect payments, protect customers, process data and charge for cancellations.

Brexit, Regulation
Next article
Back to news & insights
Previous article