3 key takeaways from our deep dive into the ATOL data

Here’s our latest analysis of the changes in the top 20 ATOL holders over the last eight years. 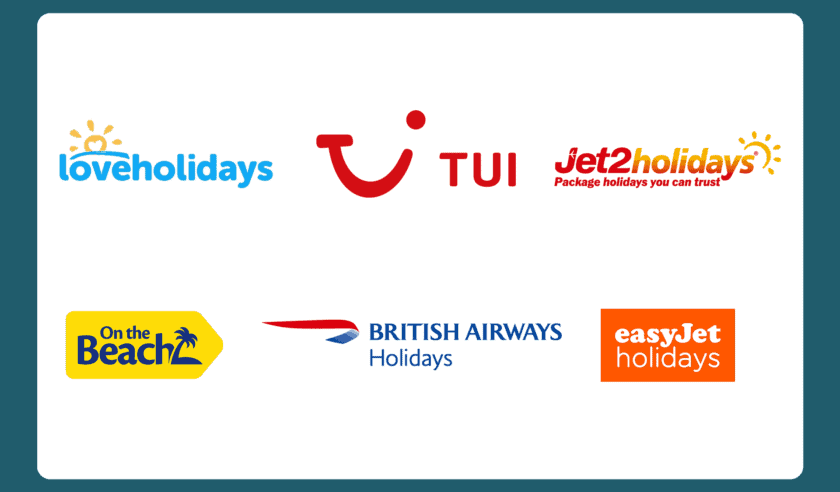 The dust is starting

The dust is starting to settle on the September ATOL renewal – the busier of the two annual ATOL renewal rounds when most larger tour operators apply to renew their ATOLs.

As part of the ATOL renewal process, applicants must state how many passengers they intend to carry over the next 12 months, and the CAA publishes the authorisation on its website.

The resulting data set is a trend analysis treasure trove! In this post, we explore some of the key questions that the September 2021 authorisation data reveals.

Before we start, a quick health warning: ATOL passenger authorisations data shows the number of passengers that ATOL holders are authorised to carry. It is, therefore, a measure of intention rather than an actual, factual assessment of activity.

1- The market is consolidating

The ATOL package market had already been consolidating when Covid-19 came along. But the crisis has accelerated things dramatically.

There are a number of possible explanations for this.

The better funding position is breeding a much more confident outlook. The top 2 ATOL holders applied for licences almost as large as their 2019 levels (TUI 92% of 2019, Jet2 96% of 2019). Few other ATOL holders are this bullish, and the market as a whole is only licenced for 72% of the passengers it was licensed for in 2019.

Conversely, small and mid-sized operators have generally had fewer options available for raising cash. Many have survived the last 18 months through rigorous cost control and hustle. As the market returns to growth, many find themselves underfunded and unable to satisfy the regulators’ requirements for a higher license limit.

2 – Travel companies are moving out of the flight inclusive package market.

A further 100 companies chose not to renew their ATOLs at the September 2021 renewal. This is in addition to the 80 companies that voluntarily exited the scheme in March 2021**. The combined total of 180 companies represented more than 12% of the ATOL population at the start of this year.

There are many and varied reasons for the exodus. The pandemic has highlighted the costly obligations which fall on companies who sell ATOL packages. Many have found themselves squeezed between a duty to refund consumers within 14 days of cancellation and an inability to secure timely refunds from airlines and other suppliers.

Some made a pre-emptive decision to avoid the CAA’s likely demands for security or capital injections.

On top of this, the CAA has started its consultation on ATOL reform which includes some fairly onerous proposals to protect customer monies in escrow or trust accounts. This could make holding an ATOL an even less attractive prospect.

Against this backdrop, it’s hardly surprising that many have pivoted away from ATOL packages to less risky business models, acting as an agent, selling single travel components, or non-flight packages.

3 – What next for the ATOL Accredited Body model?

Finally, the authorisation levels for ATOL Accredited Bodies (AB) clearly demonstrate the structural challenges that the segment is facing.

The AB model was introduced by the CAA as a low-cost way of regulating small dynamic package tour organisers. The CAA tightly regulates the AB, and in turn, the AB takes on the risk of managing the individual AB members, and the responsibility for protecting their customers.

Usually, customer monies for all AB members are held in a single collective trust account and the pandemic has highlighted several major challenges with the AB trust model. For example, historically, a series of supplier failure and fidelity insurance policies were put in place to enable ABs to pay suppliers and release member commissions from the trust.  However, such insurance policies are currently difficult to find. In any event, they were largely ineffective when trying to recover monies from airlines and members to refund customers in line with their regulatory obligations.

ABs now find themselves in an extremely uncomfortable position. They remain fully liable for the activities of their members, many of which are in poor financial health. At the same time, they are unable to find the necessary insurances to make supplier payments and release commission to their members.

Little wonder that ABs appear to be restricting their members from ATOL dynamic packaging. Whereas the total ATOL market’s authorisations are back to 72% of pre-pandemic September 2019 levels, the ABs combined authorisations are just 26%.

Please get in touch if you would like further information on any of the insights in this post.

**Number of companies exiting the ATOL market does not include Transport Company ATOL holders, many of whom allowed their Transport ATOLs to lapse. Nor does it include ATOL holders who applied to renew but did not meet the CAA’s requirements.

Source data is from the ATOL website downloaded at various intervals over the eight years. The data for each year is based on the company’s forecasts submitted in that year’s March or September renewal.