TTC blog: What travel agents can learn from the Casual Dining Crunch 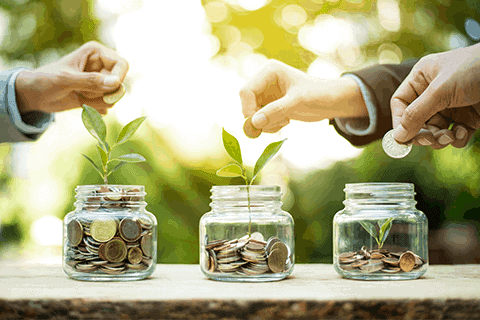 When I need reminding of the magic that the high street can deliver, I invariably think of Pizza.

When I was growing up, special family occasions always meant a trip to our favourite tratoria. Stepping inside was a transformational experience. The gentle, Sicilian folk music on the Mandolin, the barely audible trickle from the miniature plastic Trevi fountain. Candles flickering in those straw covered wine bottles. Suddenly, you were no longer in the Gateshead Metrocentre, but somewhere balmy, somewhere “continental”. Meeting you at the door was an immaculately dressed waiter, resplendent in crisp white shirt and black bow tie. He was always so courteous at the door, but you knew he’d be flirting with your Mam before the starters had arrived. “Buona sera” he would purr in his barratone accent. It didn’t matter that his real name was “Kev” and he was about as Italian as Jimmy Nail.

Like so many other independent restaurants, that tratoria is long gone. Unable to compete in the crowd of casual dining chains that exploded throughout the last 5 years, fuelled by Private Equity investment and cheap debt. Last time I checked it was a Bella pasta.

The boot is on the other foot these days though, and its the chains that have taken a good kicking in recent months. Last week, Cote Brasserie was the latest to look at store closures as a way of shoring up its business model in the wake of difficult trading conditions. This comes after Prezzo announced in March it was closing nearly 100 restaurants as part of a Company Voluntary Arrangement (CVA), a process which allowed it to restructure its debts and ultimately saved it from going bust. Jamie’s Italian went through a similar process in February, as did Byron Burger in January. Strada, Carluccios and Franco Manca are all reported to be considering similar action.

Its no coincidence that these chains are all suffering at the same time. The casual dining market is massively over supplied. When you add in the hike in food import prices caused by the tanking of sterling and the rise in labour costs from new minimum wage legislation you have a perfect storm.

The travel industry has also seen a boom in Private Equity investment over the last 5 years, but the level of regulatory oversight has probably tapered excessive borrowing and growth has generally been more controlled as a result. Nevertheless, there are certainly parallels for the travel industry.

For example, in the restaurant business, the race to scale up has led to average service and high streets full of “me too” mediocrity. There is little to separate many of the offerings. Differentiation has long been a buzz word in travel too. The more successful travel agents on the high street are those doing something authentic and experiential. Agents passively punting without adding any value have a shelf life as limited as the brochures they are dispensing.

In an effort to fill all these new restaurants, many chains have aggresively courted new customers through discounting and voucher schemes but this may have backfired. Consumers have figured out that for the price of a few clicks and a bit of personal data you never need to pay full price. They no longer value the product and the resulting decline in brand value and profit margins is going to be very difficult to reverse as many Travel agents have learned the hard way.

These days I rarely venture to the high street to eat. Im much more likely to stay at home and order from Deliveroo. They are one of a number of convenient, reliable and technologically slick alternatives to leaving the house. These intermediaries are well funded and growing fast and they are literally eating the lunch of the high street chains. Yet another parallel that the travel sector is all too aware of.

Written by Martin Alcock for TTG Magazine 17 May 2018 edition.

Mergers & acquisitions
Next article
Back to news & insights
Previous article